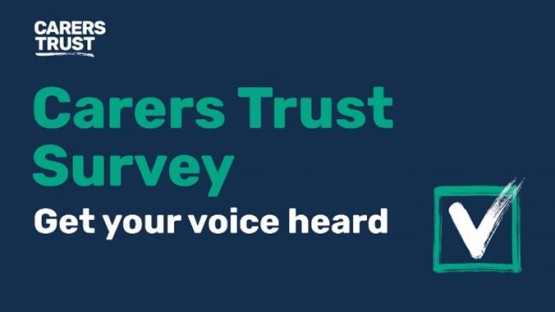 Carers Trust wants to know what problems and challenges unpaid carers are facing.

So we have created a survey which we want as many unpaid carers as possible to complete.

You may remember that we conducted a survey last year. That survey produced some powerful results that we managed to highlight in the media, including on BBC Breakfast.

But things change. And since our last survey the cost-of-living crisis has worsened. So it’s important we have up to date findings that we can use in a campaign to speak up for unpaid carers and to influence policy-makers so we can create positive change.

Our campaign will be launched in October and will highlight:

For our campaign to be credible, and to make government take notice, it is essential that carers’ voices and views are at the very heart of the campaign.

We need to be able to say to government that we know what carers want from a reformed social care system, and that we can work with government to to help ensure that reform meets the needs of millions of unpaid carers across the UK.

And the more carers that take the survey, the more powerful the findings will be!

How to take the survey

Taking the survey is easy and should take around 15 minutes to complete.

There is also a Welsh language version of the survey which you can complete here.

And participants will have the chance to win a £45 Amazon voucher. You will need to provide your email address to enter the competition so that we can contact you for details of where to send the prize.

Take the survey in Welsh