The Scottish Young Carers Festival takes place every year and provides a chance for young carers to have a break from their caring role, meet other young carers, take part in consultation and most importantly, have fun. 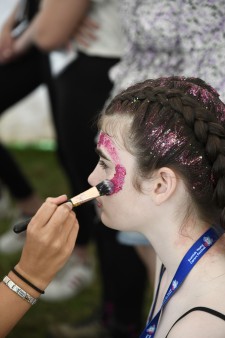 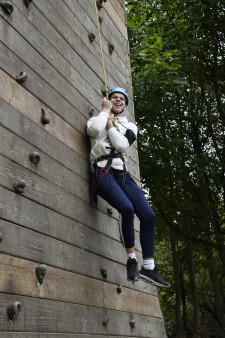 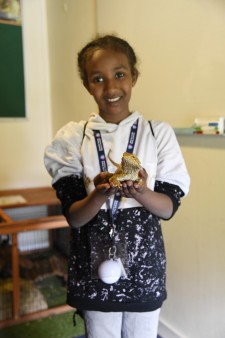 This summer, we returned to our in person Festival at Fordell Firs! Over three days, we had almost 400 young carers come along to our 15th Scottish Young Carers Festival! There was a packed programme including live magic, bands, inflatables, arts and crafts and a new wellbeing space with yoga and therapets!

The Festival also provides an important space for young carers to share their views and experiences. We had our Young Carer Consultation Zone where young carers shared their experiences on taking a break and the impact this can have on their life. We were also joined by invited guests including local councillors and MSPs who heard directly from young carers across Scotland.

Louisa, who has been interning for Carers Trust Scotland, shares her experience of the 2022 Scottish Young Carers Festival.

As not everyone could come along to our in person event, for different reasons, we also launched our Scottish Young Carers Festival Online! Here, young carers are able to access a range of videos including crafting to cool creatures and experience the Festival from home!

We completed a Child Rights and Wellbeing Impact Assessment (CRWIA) to assess the impact of the Festival on young carers’ human rights and wellbeing in Scotland. Download the CRWIA for Scottish Young Carer Festival 2022.

In July, 7 young carers, aged 16 – 18, participated in filmmaking training by a media skills company. At this residential, young people learned how to use camera and sound equipment, practice interview techniques and plan the main theme of their 2022 film. This residential provided young carers with an opportunity to learn new skills, build confidence and meet new friends from across Scotland.

The Media Ambassadors then attended the Festival where they captured footage of the event and interviewed attendees for their final film. This included an interview with the Minister for Mental Wellbeing and Social Care, Mr Kevin Stewart MSP.

The group launched their final film at the Carers Parliament on 9 November. Their 2022 film focuses on the theme of short breaks for young carers; what breaks look like and why they are so important. This film complements the Young Carer Consultation Zone findings. Check out their film below!

Despite not being able to have our Scottish Young Carers Festival in its usual format, we listened to young carers to shape what 2021 could bring!

Check out our Festival webpage to explore over 40 workshops, covering a whole range of topics! You can also learn more about our “Young Carer Voice: Consultation Event” which provided a platform for young carers to have their voices heard by key decision makers.

In 2021, the Media Ambassadors once again took part online! A group of young carers created a short film in 2021 about the issues young carers are experiencing. They participated in training with Media Education and conducted peer led interviews with young carers across Scotland. Their film focuses on themes important to young carers including education, respite and loneliness.

On 7 October, their film launched at the Carers Parliament! The Media Ambassadors filmed a short presentation for this event where they discuss how they found this project and what they hope the film achieves.

We encourage everyone to watch the film to hear directly from young carers.

The 2020 Scottish Young Carers Festival, “Best of the Fest!”

Our Scottish Young Carers Festival was sadly cancelled in 2020 due to the COVID-19 pandemic. But we wanted to make sure that young carers were still able to connect with one another and have fun! Working with Scottish Government, young carers and their services, we held our first ever online Festival, “Best of the Fest!”.

On Wednesday 5 August to Friday 7 August, we had dozens of live activities and events including yoga, magic shows, cool creatures, circus tutorials and live music!

Our traditional marketplace at the Festival, which invites organisations to promote their services and resources to young carers was also online in 2020! Organisations such as Young Scot, the Scottish Youth Parliament and Social Security Scotland hosted live workshops for young carers and youth workers to find out more about the opportunities available.

In 2020, a group of young adult carers, aged 16 – 22, formed the Media Ambassador Team. They took part in online training workshops with Media Education and created the key themes of their film. In the absence of our Scottish Young Carers Festival, the Group focused on who young carers are, what their experiences of lockdown in 2020 have been and share what support young carers need going forward. They captured content remotely and carried out online interviews for the film.