Carers Trust CEO Gareth Howells explains how years of neglect for social care has unfairly transferred the government’s responsibility for care in the community on to the shoulders of unpaid carers. This blog is an extended version of a letter from Gareth to The Guardian, published on 26 October.

And there were some pretty eye-catching recommendations in the cross-party group’s report. MPs on the committee said the government needed to inject £7bn into social care by 2023-24 - with the caveat that this was just a ‘starting point’. The full cost of putting social care funding on a sustainable footing, they argued, was likely to run into the tens of billions.

Turning to its assessment of the social care system right now, the committee did not pull its punches either, describing it as “unfair, confusing, demeaning and frightening for the most vulnerable people in our society and their families”

There was much to agree with in the report, as well as The Guardian’s article on the Committee’s findings: Social Care in England needs input of at least £7bn a year, say MPs.

But as I got further into it, it became all too apparent that one important group at the heart of social care in this country had been ignored - yet again: unpaid family carers.

These are the people who provide dedicated care for a family member unable to look after themselves. Many carers provide that care round-the-clock, with little or no respite. And a significant number of them have had to give up their careers and a steady income to do so.

And because successive governments have broken the social care system through a refusal to provide sustainable funding, unpaid carers have had to shoulder ever more of the burden. So much so, in fact, that it is now unpaid carers, not the state, who provide the overwhelming majority of care in the community. The value of that care to the state is worth a staggering £132billion a year – that’s almost equivalent to a second NHS!

You’d think they’d be hailed as heroes. Instead, despite everything they do to keep the fabric of society from tearing apart, many are ‘compensated’ with a meagre Carer’s Allowance of just £67.25 a week.

And as if that wasn’t bad enough, the Health and Social Care Select Committee report’s silence on these unsung heroes is just the latest example in a long litany of neglect of unpaid carers. Back in 2017 a green paper on social care funding was promised in the Conservative election manifesto. This would have been a vital first step along the path to relieving unpaid carers of some of the pressure they are under. But we’ve heard nothing since. Standing on the steps of Downing Street on becoming Prime Minister, Boris Johnson proclaimed that finding a long-term solution to the crisis in social care funding would be a top priority of his government. You’d never know it from the Chancellor’s subsequent budgets and comprehensive spending reviews, all of which have been silent on unpaid carers.

No wonder unpaid carers report feeling burned out – especially after Coronavirus resulted in the closure of care services for their relatives, meaning carers had to spend even longer hours caring at home.  The pandemic also put a major strain on the household income of many unpaid carers, with many really struggling just to get by.  We saw clear evidence of this in the spring after Carers Trust launched its Emergency Fund for carers. The fund significantly increased the number of grants we were able to get to carers experiencing difficulty. These grants are a lifeline for carers, helping them buy otherwise unaffordable but essential household items like washing machines and fridges. But as the effects of the lockdown began to take hold, we were shocked to see carers applying for grants just so they could put food on the table. This clear evidence of real deprivation among unpaid carers was something new, and proof that Coronavirus was making an already difficult situation for unpaid carers far, far worse.

This has to stop. And it’s not too late for the government to reverse years of neglect for unpaid carers and give them the support they deserve.

First – They must acknowledge its own responsibility for social care and stop exploiting exhausted unpaid carers, hoping they will just carry on providing social care on the cheap.

Second – They must also raise Carer’s Allowance immediately to lift carers out of the real hardship they are undoubtedly experiencing.

Third -They must work urgently to fix our broken social care system. Next month’s Comprehensive Spending Review presents a first opportunity for the government to begin to plug the huge shortfall in the social care budget.

Failure to act now will only place an unbearable strain on millions of unpaid carers who are already at breaking point.

Next month Carers Trust will publish the findings of its survey on what carers need from social care, what is missing and what politicians need to do to fix the system. We’ve heard from a wide range of carers, and while I can’t share the results yet, the survey has thrown up some very powerful views and data. We are looking forward to sharing the results through the media and via our own channels and to putting carers voices at the heart of the debate on the future of social care. 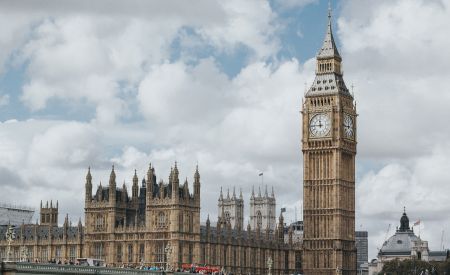 What does the election result mean for unpaid carers?

A week on since the election and the focus is already moving on from the results to what the newly elected government actually intends to do.

Pears Foundation have been supporting Carers Trust for over 15 years and are proud to have doubled our funding this year to boost the direct grants programme. Here, Trisha Thompson explains why this programme is so vital to supporting careers across the UK.

A new survey of carers from across the UK provides a stark assessment of how many of the UK’s seven million unpaid family carers have been plunged even further into financial misery by the cost-of-living crisis.