Carers Trust is thrilled that Her Majesty The Queen and Her Royal Highness The Princess Royal joined four carers and our CEO, Gareth Howells, in a very special video call to mark Carers Week.

The Queen spoke to Alex from Swansea, Nadia and Amna from London and Mary from Dumfries about the challenges they face as primary carers and how they manage to balance their caring responsibilities with maintaining their own physical and mental wellbeing.

And turning to the Making Caring Visible theme for this year’s Carers Week, The Queen and The Princess Royal spoke  to Carers Trust CEO Gareth Howells about the importance of highlighting the vital role played by unpaid carers, and how carers can access the support they need.

Reflecting on the opportunity for carers to speak to The Queen and The Princess Royal during Carers Week, Carers Trust CEO Gareth Howells said:

“We are immensely grateful to Her Majesty The Queen and our President, The Princess Royal, for spending time to listen to carers speaking about the vital work they do, and the challenges they face. We are also incredibly proud of the dedicated carers who joined the video call. In doing so they have raised the voices of carers right across the UK this Carers Week and have played a really important part in Making Caring Visible”.

Since she was 8 Alex has cared for her mother who has Bechets Syndrome. She now also supports her dad who has various complex health conditions as well as her grandmother who has Chronic Obstructive Pulmonary Disease (COPD), a group of lung diseases that makes it difficult to empty air from the lungs because of narrow airways. Alex does this alongside managing her own health conditions.

Alex has been working on the Young Adult Carers (YAC) project at Swansea Carers Centre, a Network Partner of Carers Trust, since she developed it as a pilot project in October 2015. This project supports young people with caring responsibilities aged 16-25 throughout Swansea with all aspects of their lives and caring roles.

Nadia, who has been a carer for 20 years, cares for her mother, father, husband and daughter who all live with her. Her husband has a kidney deficiency, her mother is registered blind, her father is undergoing chemotherapy for a blood disorder and her daughter has a temporomandibular disorder of the jaw joint that leads to painful ears.

Mary has been caring for her daughter for over 18 years. Her daughter suffers from Atypical Rett Syndrome (a rare neurological disorder that almost exclusively affects girls), Autism, seizure disorder and behavioural issues.

And young carer, Amna, carers for her mother along with her siblings. Amna’s mother suffers from various chronic conditions, including Osteoporosis, Fibromyalgia. Bowel disorder, chronic bone pain and Reynaud’s disease. 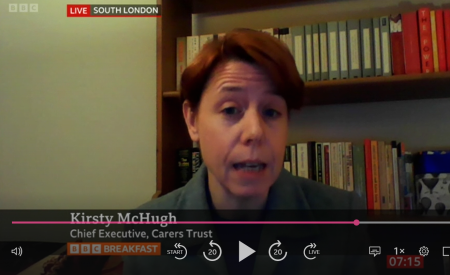 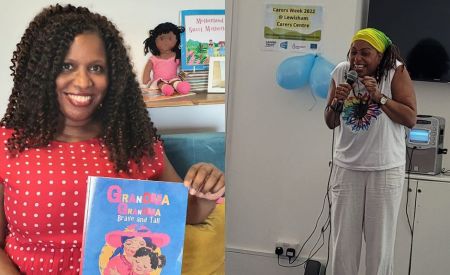