New All-Party Parliamentary Group for Young Carers to be formed

On Young Carers Awareness Day 2020 (1), Carers Trust is delighted to announce that a new All-Party Parliamentary Group (APPG) for Young Carers and Young Adult Carers is to be formed in the coming weeks.
The APPG will provide an invaluable opportunity to develop a cross-party platform to encourage improved support, services and recognition for young carers and young adult carers. It will also promote awareness of their needs and issues affecting them.

The APPG will also provide an invaluable forum for Young Carers and Young Adult Carers to meet MPs and explain to them the pressures and challenges they face because of their caring responsibilities - and how such pressures might be addressed by decision-makers.

While we work hard to get the new APPG up and running, Officers have already been busy working on business relating to Young Carers and Young Adult Carers. Paul Blomfield MP has tabled Early Day Motion (EDM) 54. The EDM “recognises the importance of young carers” and “highlights the challenges faced by young carers and the negative impact their caring responsibilities can have on their education”.

Welcoming the announcement of the APPG for Young Carers and Young Adult Carers, Paul Blomfield MP said:
“Young carers face extraordinary challenges, juggling caring responsibilities with education and everything else in their lives. Working with them through Sheffield Young Carers has been inspirational, but they need better support. After hosting a meeting of young carers groups from across the country, it was clear to me that we can do more to address the issues facing young carers everywhere and I’m pleased to help launch this new All-Party Parliamentary Group which can make that case in Parliament.”

Gareth Howells, Carers Trust’s CEO, continued:
“Carers Trust is delighted with the formation of the APPG. Because of the ongoing failure to find a sustainable solution to the crisis in social care funding, more and more young people are having to take on very significant responsibilities at home to care for long-term sick and disabled parents or siblings. It’s vital therefore that the voices of young carers are heard in Parliament. Formation of the new APPG will mean MPs get a better understanding of the very real challenges faced by young carers who are having to juggle all the pressures of school and young life with the sort of caring responsibilities at home that many adults would struggle with.”

Expert spokespeople from Carers Trust, and young carers, are available for interview on request.

Images of the Officers are available on request.

For further information, and to arrange interviews, please contact:
Matt Whitticase on mwhitticase@carers.org and 07824 539481.

(1) Young Carers Awareness Day is an annual event led and organised by Carers Trust. The day aims to raise awareness of the pressures experienced by young carers – children who need to look after someone in their family, or a friend, who is ill, disabled or misuses drugs or alcohol.

Paul Blomfield MP - Paul Blomfield was elected as the MP for Sheffield Central in May 2010. He has served on the Business Select Committee, as a PPS to Hilary Benn and, since 2016 as a Shadow Brexit Minister. He was named Citizen’s Advice MP of the Year in 2014 for his work securing tougher regulation of payday lenders and was voted ‘Most Inspiring Higher Education Leader’ in the Guardian 2015 University Awards. Representing more students than any other MP, he takes a close interest in further and higher education, chairing All-Party Parliamentary Groups for Students and for International Students. He is Patron of Sheffield Young Carers and, in May 2018, took a group of them to meet Prime Minister Theresa May to tell her how they felt that they could be better supported.

Julian Sturdy MP - Julian has been MP for York Outer since 2010. He focuses on transport, health and education in York, and has served on the Environment Select Committee. Before politics, Julian ran a family farming business and was a local councillor. He lives just outside York with his wife and two children.

Martin Docherty-Hughes MP - Martin has been MP for West Dunbartonshire since 2015, having previously been a local councillor in both Clydebank District and Glasgow City Councils. Martin spent over a decade working for West Dunbartonshire Community and Volunteering Services (WDCVS). At a young age he was a carer for a family member, an experience that had a profound impact on him.

Tim Loughton MP – Prior to Parliament, Tim worked in the private sector as a fund manager in the City of London before becoming a Director at Fleming Private Asset Management.   Tim was first elected to Parliament in 1997 as Member for East Worthing and Shoreham and has been re-elected in 2001, 2005, 2010, 2015 and 2017. Tim has held various positions during his time in Parliament.  He was Shadow Minister for Environment from 2000, Shadow Minister for Health and Children from 2003 during the Conservative Party’s time in opposition. He was appointed Parliamentary Under-Secretary for Children and Families following the 2010 General Election until 2012 leading on several areas of successful reform in child protection, child sexual exploitation and adoption in particular. From the backbenches, he continues to work vigorously in support of improving the life chances of children and young people and making sure their voices are heard in Parliament.

(4) Carers Trust is a major charity for, with and about carers. We work to improve support, services and recognition for anyone living with the challenges of caring, unpaid, for a family member or friend who is ill, frail, disabled or has mental health or addiction problems.

We do this with a UK wide network of quality assured independent partners and through the provision of grants to help carers get the extra help they need to live their own lives. With locally based Network Partners we are able to support carers in their homes through the provision of replacement care, and in the community with information, advice, emotional support, hands on practical help and access to much needed breaks. We offer specialist services for carers of people of all ages and conditions and a range of individual tailored support and group activities.

Our vision is that unpaid carers count and can access the help they need to live their lives. 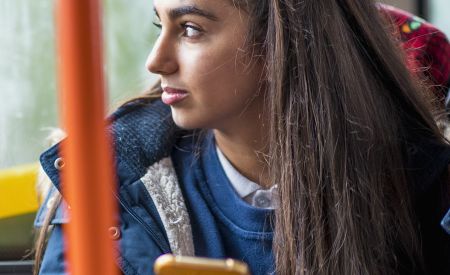