The stars had gathered in the beautiful surroundings of St George’s Church in London’s Hanover Square for the Carers Trust Christmas Carol Concert, held annually in aid of our work to support unpaid carers right across the UK. The evening was made possible thanks to the incredibly generous sponsorship of Carers Trust’s corporate partner, CLC World Resorts & Hotels.

Greg Wise gave a hugely enjoyable reading of Dylan Thomas’s ‘A Child’s Christmas in Wales’. And David Suchet followed with a wonderful reading of ‘King John’s Christmas’ by A.A. Milne.

Jaycee Labouche, a carer from Wandsworth then delivered an incredibly poignant reading of her own poem, Unconditionally, describing the pressures she has to face every day as a carer for her 90-year-old mother. Referring to it later in his closing Appeal on behalf of Carers Trust, Andrew Marr described Jaycee’s reading as “heartfelt. It touched us all.”

As well as the readings, all 250 guests at the concert enjoyed a beautiful programme of seasonal music and carols, led by the prestigious City of London Choir under the baton of its renowned Director, Hilary Davan Wetton.

And we were especially thrilled to welcome to the concert a choir of carers from Northamptonshire Carers, one of Carers Trust’s Network Partners. The carers gave a beautiful rendition of a song specially composed for them, ‘A child is born in Bethlehem’, receiving a standing ovation from a delighted audience.

Carers Trust would like to offer its sincere thanks to the following for making tonight such a memorable evening:

Greg Wise and David Suchet for their powerful readings.

The City of London Choir and its Director, Hilary Davan Wetton, for their beautiful music and singing.

The Carers Choir from Northampton for such wonderfully moving carosl of their own.

And Jaycee Labouche from Wandsworth Carers Centre for such a poignant reading of her poem about caring. 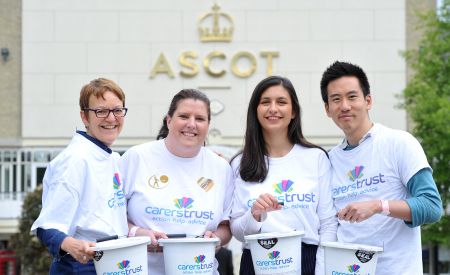 Carers Trust has raised more than £120,000 for its work supporting unpaid carers right across the UK. 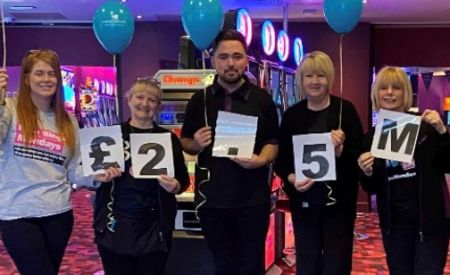 Carers Trust is thrilled to announce that a staggering £2.5 million has been raised thanks to its six-year funding partnership with Rank.